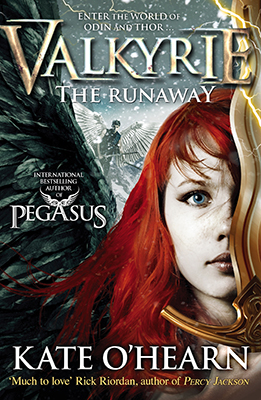 In the world of Asgard, living among Odin, Thor and Loki are the Valkyries. Norse goddesses, reapers of souls from human battlefields – they have the power to cause death with just one touch.

Fourteen-year-old Freya is a Valkyrie – but she has not followed in the footsteps of the legends before her. She has been to the World of Man to befriend humans – and not to reap their souls.

Now she and her best friend, Archie, must return to the World of Man on a new quest to track down the runaway Valkyrie of myth – Brünnhilde.

But not all is as it should be, nor is their task as easy as they first expected. Dark secrets are uncovered that will send them further than they every imagined.

Not trusting Loki, but unable to go without his help, Loki leads Freya, Archie and Orus (the raven), to Utgard – Land of the Frost Giants and Trolls.

Here Freya discovers an old enemy with a personal grudge against her. Captured, wounded and in danger of starting a war of EPIC proportions, Freya and Archie will face the greatest challenge yet.